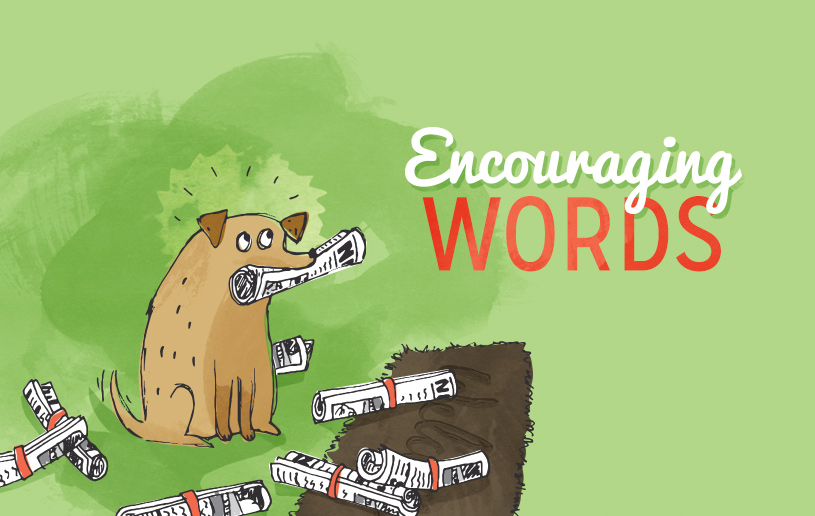 Moms are wise aren’t they?

A little girl asked her mother, “Where did people come from?” Her mom replied, “Well, God made Adam and Eve and they had kids.” The girl asked her father the same question. He answered, “Monkeys. We all evolved from monkeys.” A little confused, she returned to her mother and said, “You told me the human race was created by God. Dad said they developed from monkeys.” The mother smiled. “Well, it’s very simple,” she said. “I told you about my side of the family, your father told you about his.”

Moms are filled with wisdom.

A mom once told her daughter, “Cook a man a fish and you’ll feed him for a day. Teach a man to fish and you get rid of him for the whole weekend.”

My own mother got pretty stressed out sometimes. That’s when you just never knew what she’d do. She’d mix up the cookies in the little mixer and then she’d let me lick the beaters. Now that I think about it, I wish she would have turned the mixer off first.

Seriously, she was a great mom.

If I had to pick out the singular greatest gift she gave me, outside of introducing me to Christ, I would say the gift of encouragement. When teachers and coaches and siblings and friends gave up on me, Mom stepped up and said things like, “You’ll do fine. You just watch.”

I heard about a guy who opened the door to get the newspaper one morning and saw a strange little dog with the newspaper in his mouth. The guy laughed and fed the dog some treats. The next morning the same dog was sitting there, wagging his tail, surrounded by eight newspapers. Encouragement may not be the best of ideas with dogs, but we humans thrive on it. Our words mean so much.

A study of male prison inmates asked how many had heard the words, “You’re gonna end up in jail one day.” The vast majority indicated they had. Mom may have wondered if I would end up in jail, but she chose to use her words to build me up. Today I earn a living making others laugh. I thank God and I thank my mom.

Not all of us are thankful for our mothers.

My wife was at the swimming pool a few days ago and a lady in the change room was singing a beautiful worship song. Ramona came around the corner and said, “Sing it sister!” The lady said, “I’m sorry. I’m embarrassed. I didn’t know anyone was here.” Ramona told her, “You sing beautifully. You should sing more often.” The lady seemed unusually surprised. “My mother sometimes told me not to sing,” she said. “She didn’t like my voice.”

Words are like salt. They can add flavour, melt ice, and preserve life when sprinkled right, or bring sickness when misused. Words can bring joy or great sorrow. I asked some friends a simple question, “What is the nicest thing someone has ever said to you?” Here are a few responses.

Proverbs 12:18 is so true. “Some people make cutting remarks, but the words of the wise bring healing.” May each of us bring healing to others with our words.