Do You Hear the Who? | Insight for Living Canada
Skip to main content

Do You Hear the Who? 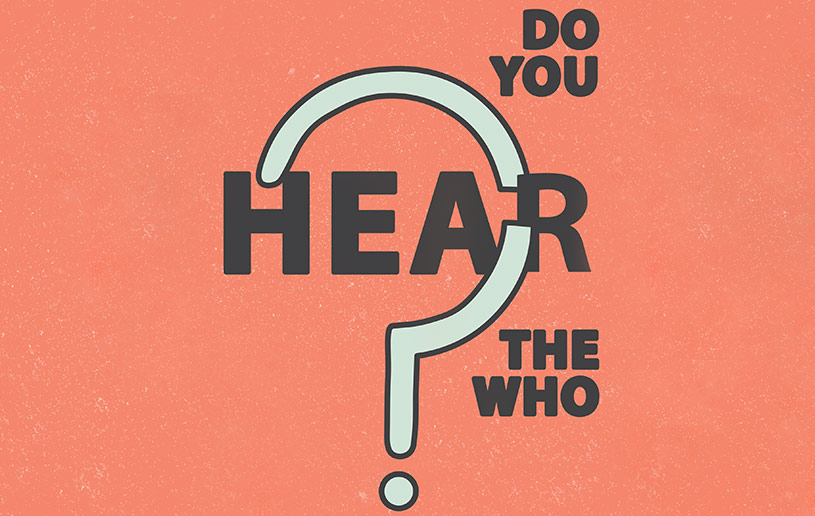 One of the most underestimated theologians of recent times is the late Theodor Geisel, whom you may know better as Dr. Seuss. He wrote one of the best treatises on human dignity called Horton Hears a Who!

At first glance it appears to be a simple, entertaining children’s story. It’s about a lovable, affable elephant named Horton. One day Horton hears a noise coming from a floating speck. He reaches out with care and places it on a clover and discovers a village called Whoville inhabited by tiny persons on the speck. Horton tries to save the people of Whoville by finding a safe place for the speck.

Deeply rooted in this story is the idea that people are significant no matter who they may be. Horton repeats this sentiment throughout by saying, “A person's a person, no matter how small." No matter how insignificant or invisible someone might seem all people are worth saving.

Relating this to our world, I believe there are a lot of Whos—“invisible” people—in our midst. They don’t form lobby groups, they often have special needs, they aren’t in our face about their disabilities, and to the world they don’t matter.

Yet Jesus showed special attention and compassion for the Whos. In Mark 10:13-15 He became angry and rebuked His disciples for their disdainful attitude toward children, commanding they be allowed to come to Him.

Jesus identified with society’s insignificant people by having His birth announced to shepherds and during His ministry He referred to Himself as a Shepherd. This is at a time when shepherds were considered low-lifes.

He saw the outcasts, sick, and marginalized—those invisible to the righteous and mainstream of the day—and touched them physically and spiritually. Jesus declared, “...I tell you the truth, when you did it to one of the least of these my brothers and sisters, you were doing it to me!” (Matthew 25:40).

You see, these invisible, insignificant people depend on others—others like Horton—who will see, love, and touch their lives. So what is our attitude towards the marginalized? Better yet, what is our action toward them?

Micah 6:8 says, “No, O people, the Lord has told you what is good, and this is what he requires of you: to do what is right, to love mercy, and to walk humbly with your God.”

Do what is right. Horton wasn’t about to go down without a fight. He worked frantically on behalf of these small people. He kept encouraging the jungle animals to stop and to listen. None of them heard, and yet Horton pleaded. He became the Who’s advocate, a spokesperson for those whose voice wasn’t being heard. He was their champion. Are there people in your life, church, or neighbourhood who need you to speak for them? Are you a champion for their cause?

Love mercy. There is another aspect to this story that must not be overlooked—the story of the people of Whoville. They are living their lives unaware of anything beyond their world. And yet their world is in danger of imminent destruction. Without the merciful intervention of someone who could save them they would perish. The Whos in our lives need to hear of Jesus’ mercy too. Granted, some will reject the offer of salvation. But they deserve a chance to hear it. Are we sharing it?

Walk humbly with your God. First Corinthians 4:7 (NIV) says, “For who makes you different from anyone else? What do you have that you did not receive?” And 1 Corinthians 1:26-28 says, “Remember, dear brothers and sisters, that few of you were wise in the world’s eyes or powerful or wealthy when God called you. Instead, God chose things the world considers foolish in order to shame those who think they are wise. And he chose things that are powerless to shame those who are powerful. God chose things despised by the world, things counted as nothing at all, and used them to bring to nothing what the world considers important.”

Being marginalized does not make anyone better or worse than anyone else—just different. In His sovereignty and providence, and for reasons unknown to us, God determines differences. Accepting that fact with humility will enable us to see others and ourselves as God sees us. Until then we will never see or hear the Whos around us.

Are you a Horton?