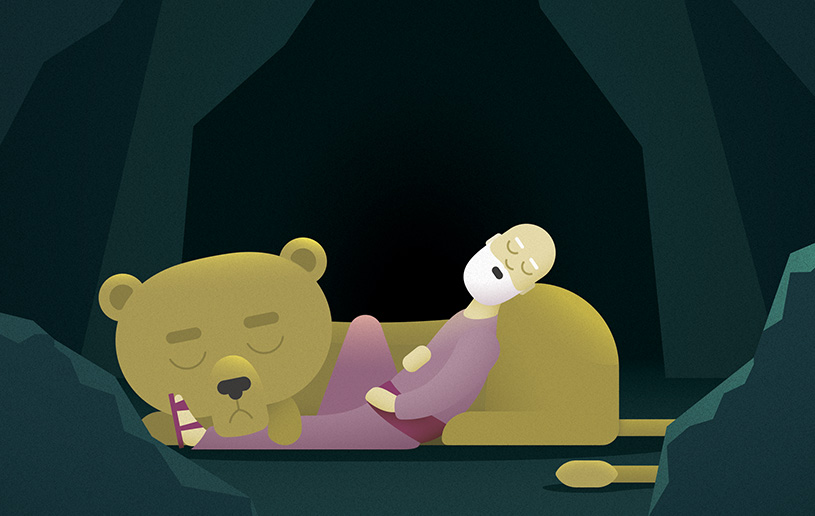 Although I sang these lyrics as a child, it has far more relevance to me now as an adult and leader. Daniel exemplifies courage—that quality of being ready and willing to face dangerous or painful situations. The tests we face may not be as dramatic as the ones the Old Testament character Daniel faced but they still require courage and centre around the same three things.

The first test was whether Daniel would have the courage of his convictions—the confidence to act in accordance with his belief that the precepts of the Lord are right (Daniel 1). The food from the king’s table was identified with Babylonian gods and Daniel saw that eating the food would sanction idolatry. He determined he would not defile himself in that way. Even though partaking might have gained him some advantage and refusing could bring negative consequences he chose to honour God and obey His precepts.

One element Daniel’s courage was rooted in was his desire to honour and please God above all. Like Joseph who said, “How then could I do such a wicked thing and sin against God?” (Genesis 39:9 NIV), Daniel’s reverence, awe, and love for the Lord and His Word conquered fear of the king and consequences. Daniel believed the precepts of the Lord are right and were given by a higher authority than the king. He chose to obey God rather than man. He honoured God and God blessed him and his efforts with the result that Daniel was 10 times better than the other captives.

Daniel’s example shows us that it is always right to do right. We may see evil-doers prospering and are tempted to do the same. But we need to remember that temporary prosperity is not lasting success. There is no eternal prosperity by doing wrong and true success is measured by God.

The second test of courage involved solving a great problem (Daniel 2). The king had a troubling dream and demanded that his wise men not only interpret the dream but also tell the king what his dream was. Failure would result in death to all the wise men including Daniel and his three companions.

To save the situation Daniel went to the king offering to recall and interpret the dream. It took courage to trust God for the provision of an answer. The courage in this instance came from the fact that Daniel already had proven God trustworthy when he dared to do right. Previous victory bolstered present courage and faith to tackle this problem. Daniel asked his three friends to pray and God answered by providing Daniel wisdom for the solution of the problem.

Prayer is another element in Daniel’s life that resulted in courage and it is a necessary element for leaders today. Personal prayer and prayer support emboldens us to trust God for provision of solutions to problems we encounter. God’s promise is, “If you need wisdom, ask our generous God, and he will give it to you” (James 1:5).

The third and final test of courage came when Daniel was past 80 years old and the object of jealousy (Daniel 6). His enemies sought to turn his devotion to God against him by getting the king to issue an edict that all prayer to anyone other than the king himself should cease for 30 days. The penalty for disobedience was death by lions.

Daniel knew the penalty but courageously continued his devotion to God by praying three times a day in front of an open window. This wasn’t about snubbing his nose at the king in some sanctimonious arrogant act. It was about the priority of his devotion to God. He never feared the consequences because he believed God would protect him. As 1 Peter 3:14–15 says, “But even if you suffer for doing what is right, God will reward you for it. So don’t worry or be afraid of their threats. Instead, you must worship Christ as Lord of your life.”

When Daniel was caught praying and thrown into the lion’s den He trusted in the Lord’s protection. He gave God the glory when he acknowledged this protection saying, “My God sent his angel to shut the lions’ mouths so that they would not hurt me” (Daniel 6:22).

The great heroes of the Bible and church history have been people with the courage to say “No” to sin. They didn’t condone it or compromise with it. The root of Daniel’s courage was his trust in the Lord and His precepts, provision, and protection. He stands as an example for all believers.

Will you dare to be a Daniel too?