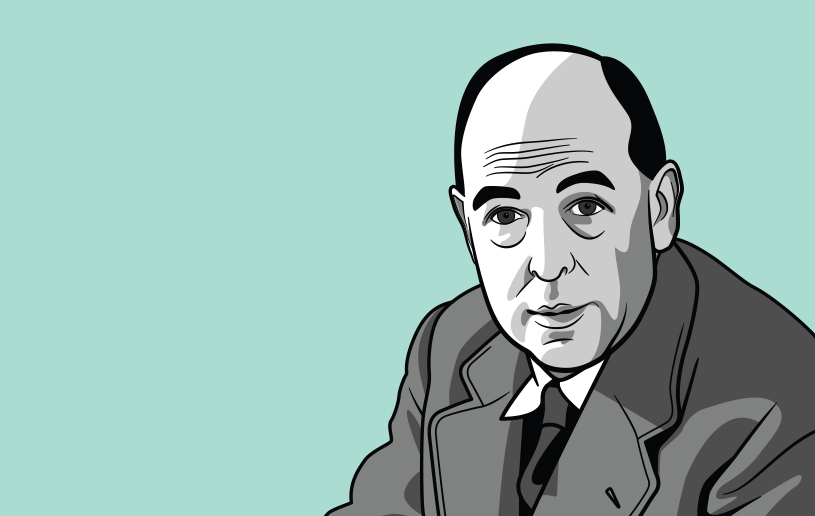 Since January 2020, coronavirus has caused dramatic upheavals leaving the world asking questions and opening the door for deeper conversations. One man who wrestled with similar questions while living through the uncertain time of the First and Second World Wars was C.S. Lewis.

Clive Staples Lewis was born in Belfast, North Ireland in November 1898. He was raised in the Protestant Church of Ireland but lost his faith because he could not reconcile the problem of evil in the world. At the age of 18, Lewis was offered a scholarship to attend Oxford University. He was an excellent student. However, in 1917, he left his studies to join the British army in the First World War. He experienced first-hand the horrors of war, being injured by a bombshell, and was sent home.

After the war, Lewis returned to Oxford, completed his studies, and took a position teaching English at Magdalen College, Oxford. He was a copious writer and developed a close friendship with several Oxford fellows, J. R. R. Tolkien, Charles Williams, Hugo Dyson, and Owen Barfield, known together as the “Inklings.” They met together at pubs in Oxford such as The Eagle and Child where they would read their novels and encourage one another. The Inklings bonded over their traumatic experiences in the trenches of the First World War and spent many hours smoking their pipes, drinking beer, and developed lifelong friendships. It was through genuine friendship and deep conversation that Hugo Dyson and J.R. Tolkien helped Lewis to consider the possibility of faith in Christ.

Now what Dyson and Tolkien showed me was this: that if I met the idea of sacrifice in a Pagan story I didn’t mind it at all; again, that if I met the idea of a god sacrificing himself to himself, I liked it very much and was mysteriously moved by it.... The reason was that in Pagan stories I was prepared to feel the myth as profound and suggestive of meanings    beyond my grasp even tho’ I could not say in cold prose “what it meant.” Now the story of Christ is simply a true myth: a myth working on us in the same way as the others, but    with this tremendous difference that it really happened.1

Lewis became increasingly intrigued by the existence of God and Christianity. His conversations with Dyson and Tolkien changed him. In his book Surprised by Joy, he wrote, “In the Trinity Term of 1929 I gave in, and admitted that God was God, and knelt and prayed: perhaps, that night, the most dejected and reluctant convert in all England... Who can duly adore that love which will open the high gates to a prodigal who is brought in kicking, struggling, resentful, darting his eyes in every direction for a chance of escape?”2 Two years later he would place his faith in Christ.

During the pandemic, we have a great opportunity to engage in deep conversations like Tolkien did with Lewis with people all around us. As we pray, let us remember the joy of our salvation and pray for opportunities to love our neighbours and have deep conversations about the possibility of knowing God so that they, like C.S. Lewis, might be compelled by the love of Christ to receive Him as their Saviour.

Therefore, we are ambassadors for Christ, God making his appeal through us. We implore you on behalf of Christ, be reconciled to God. (2 Corinthians 5:20 ESV)