Creamed by a Dairy Truck 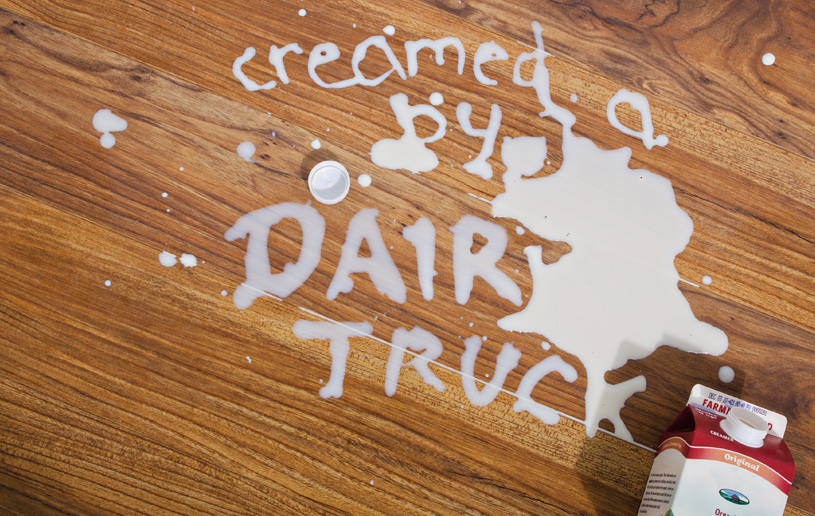 I wish you could meet Jim and Jean Southworth. They're my kind of people. No one understands better than the Southworths that no matter how tough things get there's always light at the end of the tunnel. Even if it's coming from the headlights of a truck.

At 5:30 one morning, Jim, Jean, and their three children were sound asleep inside their home on a peaceful residential street in Salem, Oregon. Their eldest son had just poured himself a drink in the kitchen before heading back to bed.

On a nearby hillside, the Curly's Dairy guy rolled his van to a stop for a routine delivery. But when he returned, his mouth dropped open in horror as the van took a turn for the worse. Down the hill it went, backwards and gathering speed. The van jumped a few curbs and took out a maple tree. It flattened some shrubs and toppled a picket fence. Finally, it levelled the Southworths' front porch and crashed to a halt in their darkened kitchen.

“It was like a bomb went off,” recalls Jim, a dentist. When his wife Jean saw the mess, she did what any homemaker would do: She cried over a spilt milk truck. But when she saw the slogan on the van staring out at her from the ruins of her kitchen, the tears vanished. “Here Comes Curly,” it said. And Jean started to laugh.

When the dust settled, Jim talked Curly's out of three gallons of ice cream, though he said he would have preferred a year's worth of milk. Jean wasn't so sure she wanted Curly's delivering anything to her house ever again. After all, the front porch was totalled. The eating nook was toast. And the front door? Well…no one quite knew where it was.

Insurance covered the $15,000 damage, and Jim and Jean decided the time was right to do a little renovation. “Our remodeller said we saved on demolition costs,” laughs Jean, “although they don't normally use Curly's for that. We're wondering about the poor driver. He's probably in therapy. We hear that Salem customers cower in mock terror at approaching dairy trucks.”

When the renovations were complete, Jim and Jean decided to throw a party to celebrate the closing of an open house. First they convinced Curly's Dairy to park a truck out front. A handmade sign instructed the driver where to park: “Please park IN FRONT of the house not INSIDE the house.” In the flower beds, another sign read, “Danger. Runaway truck zone.” Through the truck window a Curly's manager served up eight flavours of ice cream. And in the kitchen 67 guests gathered to browse through the accident photos.

“When we first heard the crash and saw the crumpled walls of our house that morning,” says Jean, “we thought this was the end for all of us. But once we realized we'd only been smashed into by a delivery truck, we calmed down. Our entryway and kitchen nook were destroyed, but our kids were OK. That's what matters. Besides, what good would getting upset do?”

Did they consider a lawsuit? “Never,” says Jean. “But we were surprised at how many wanted us to. It was fun seeing our story on the front page of the newspaper, but we were left wondering why our reaction was considered so unusual as to be newsworthy at all. That's the way it's supposed to be, isn't it? After all, we're Christians. We're supposed to practise love and forgiveness.”

Nowadays people in Salem call Jean “the ice cream lady,” but she doesn't mind. “Pulitzer prize winners know what the first line will be in their obituaries,” she smiles. “At my funeral I'm sure somebody will say something about the day we got creamed by a dairy truck.”

For the Southworth's, life is a looking glass. Frown into it and it will frown back at you. Laugh with it and you will find it a kindly companion. They believe when we live life with thanksgiving, people outside—and inside—the Church will notice.

“No matter what happens to us there's always something to be thankful for,” says Jean. “In our case, God protected us. The Curly's truck could have easily come into our bedroom instead of the kitchen that morning. Besides,” she laughs, “My husband is a dentist, He's used to filling cavities.”

Subscribe to our monthly magazine
Date:
February 22, 2012
Type:
Topic:
Back to Top