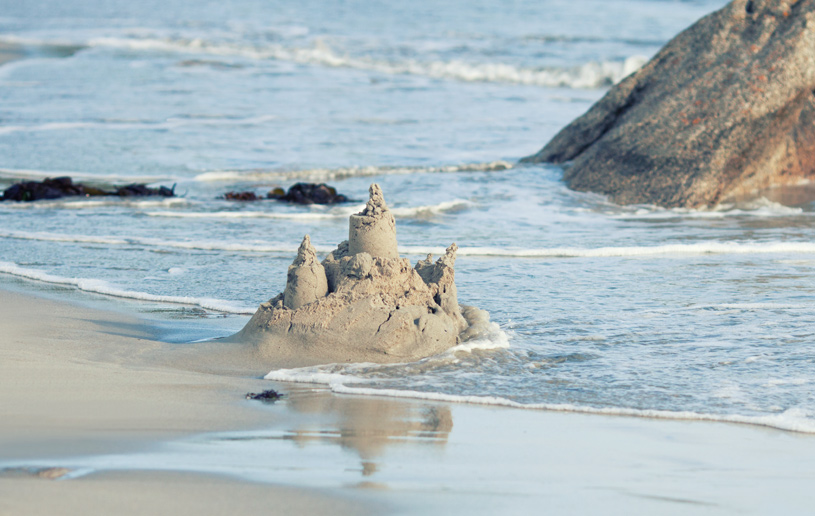 “So…is the oil thing a big deal out where you're from?”

The question was posed at a wedding I attended in eastern Canada. It caught me off guard because I was under the impression all Canadians were as aware of the oil controversy in western Canada as I was.

Through the discussion following the question, I realized how easy it is to assume the same issues impact everyone.

This experience challenged me to speak up more about the things that impact me—even if I suspect I'm stating the obvious. It may be a personality thing, but I have found speaking my mind quite difficult. For me it's not only intimidating but downright scary to commit out loud to an opinion someone might disagree with.

In fact when I feel my opinion creeping towards my vocal chords my face flushes, my heart races, and my eyes dart around the room looking for an escape. What if my outlook upsets someone? What if people think I'm dumb? What if I'm wrong?

Finding the courage to speak my mind has been daunting, but worthwhile. Through this challenge I've stumbled upon a vital discovery: the importance of knowing my mind before I speak it. If I don't know my opinion before I open my mouth I'm only spouting empty words. Knowing your mind is a key trait in a person who lives with conviction, a concept I'd like to think more on.

People who live with conviction no longer react to life, or float along taking life as it comes. These people initiate action because they are motivated by their beliefs. Their decision-making and behaviour are also impacted because they know what they believe and why.

Living in this way creates a solid foundation to build a life upon—and in fact it's a biblical practice (Romans 14:5; 2 Timothy 1:12). Deciding what we believe and why is something we must do if we are to stand firm through the tough times.

Think about conviction in this way: when you know what drives you in life you are prepared for whatever happens. It is unlikely Jesus' disciples would have stuck around to be martyrs if they were not wholly committed to their cause. We must be equally committed to our convictions.

Genesis 49 describes a person who lives without conviction to be like water. Jacob's son Reuben was the victim of this label—“as unruly as a flood,” (Genesis 49:4 NLT). Because water is a liquid it is easily manipulated to take the shape of whatever occupies. It is also at the mercy of its environment. Reuben's main problem was despite great intentions he lacked follow-through. He didn't want to take part in his brothers' plot to kill Joseph but he seemed unable to stand against a crowd. Instead of speaking his mind he worked the angles and made plans in secret. Acting in this way made him difficult to trust, as he would say one thing and do another. It also caused him to compromise his convictions.

Water is mentioned again in James 1, this time to describe doubt. “If any of you lacks wisdom, you should ask God who gives generously to all without finding fault, and it will be given to you. But when you ask, you must believe and not doubt, because the one who doubts is like a wave of the sea, blown and tossed by the wind. That person should not expect to receive anything from the Lord. Such a person is double-minded and unstable in all they do,” (James 1:5-8 NIV).

The way water is used in Genesis and James is to create a mental image of someone without conviction to be blown around by life—someone who is not in control of his or her actions. It's interesting to note water is not exclusively used in a negative context in the Bible. Water is also used when referencing purification (Numbers 19:12), provision (Psalm 104:13), and Christ (Jeremiah 2:13, John 4:10).

Another word to describe living with conviction is character. Chuck Swindoll in his study guide Character Counts says character is “the ever-present moral, ethical, and spiritual undergirding of our lives. Godly character rests on truth, reinforces our lives in difficult times, and resists the temptation to compromise.” He also says our character is especially important when we're going through tough times because it speaks for us when we can't.

If you're left wondering if you're a person of character take some time to think through how you live your life, and if that is a reflection of your convictions—by what you believe to be true. If not, then you know what changes you need to make. If so, then continue to wrestle with your beliefs so you can continue to be refined and become more and more like Christ.