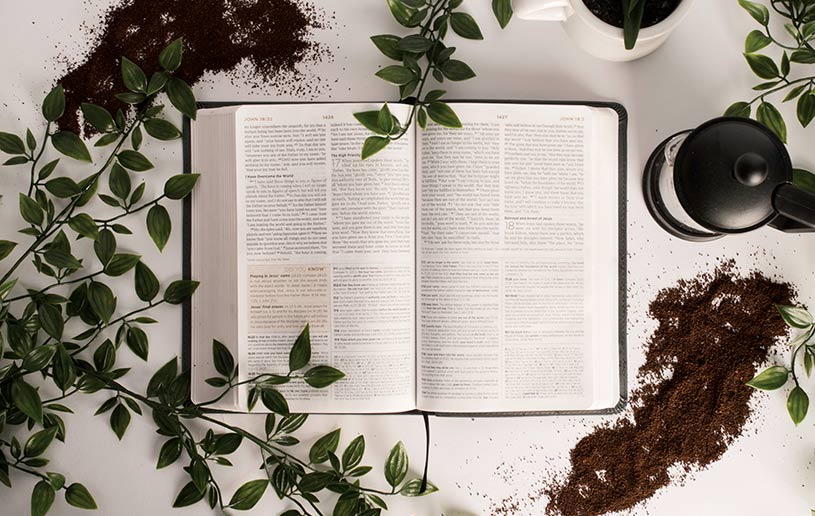 Terms in the Bible are specialized words of particular significance. In Coming to Terms we explore the significance of these terms to deepen our understanding of biblical truth through a question and answer format.

God is a living, communicating being. The term “word” is used to describe the expression of one’s thought. In the Bible the terms translated “word” have both Hebrew and Greek roots. For the Jews the Hebrew term dabar pointed to the active, powerful instrument for executing God’s will. The Greeks had the concept of logos, which was translated as “word,” “speech,” “principle,” or “thought.” They also had rhema, which refers to spoken words or sayings.

Is there a difference between rhema words and logos words? Some think rhema refers to spoken word while logos refers to the written word. But based on their use in the Bible there does not appear to be much distinction between their basic meanings as they are used interchangeably. The only distinction is that logos is more associated with Jesus Christ Himself and the Word of God while rhema is not.

What is the connection between creation and the Word? Psalm 119:80 says God’s Word is eternal, “Your eternal word, O Lord, stands firm in heaven.” In Genesis 1 we see the phrase “Then God said,” repeated over and over as God spoke the universe into being. Creation, as the expression of God’s mind, reveals God and tells us about the power and divine nature of God (Romans 1:20). Creation is a general revelation of God.

Throughout the Old Testament, the Word of God was the means by which God revealed and carried out His will. It was active in creation. “The Lord merely spoke, and the heavens were created. He breathed the word, and all the stars were born” (Psalm 33:6).

By His Word God commands nature. “He sends his orders to the world—how swiftly his word flies! He sends the snow like white wool” (Psalm 147:15-18). God also healed by means of His Word. “He sent out his word and healed them, snatching them from the door of death” (Psalm 107:20).

What is the connection between the Word and Jesus? The revelation of God starts with creation but in the New Testament John expands on that to show that God is also personal. He begins his gospel with the words “In the beginning ” to connect to God the creator (John 1:1). He also connects Jesus with the logos of the Greeks and the “word” of the Jews since he is writing to both Greeks and Jews.

Finally John identifies this One who is God and the Word as Jesus Christ (John 1:17-18) and “He has revealed God to us.” In connecting Jesus with the Word, John also tells us Jesus is eternal, God, the Creator, the giver of life, and human.

Jesus is God and man in one Person. By presenting Jesus Christ as the Word through which all things were created, John is saying that God chose Jesus as his messenger to tell us about Himself and reveal God the Father. In the teaching, life, and work of Jesus Christ, God communicated everything He desired. Jesus embodied God’s total message to man and that is also why He is called the Word of God.

Jesus as the Word is the message of God's love. He showed this by suffering on the cross for our sins.

We can also spread the Word and share Jesus with others. Jesus Christ is God's personal message of love, truth, and peace to us. “Long ago God spoke many times and in many ways to our ancestors through the prophets. And now in these final days, he has spoken to us through his Son” (Hebrews 1:1-2). He tells us to believe in Him and spread the Word about Him to everyone.

Subscribe to our monthly magazine
Date:
August 7, 2018
Type:
Topic:
Back to Top