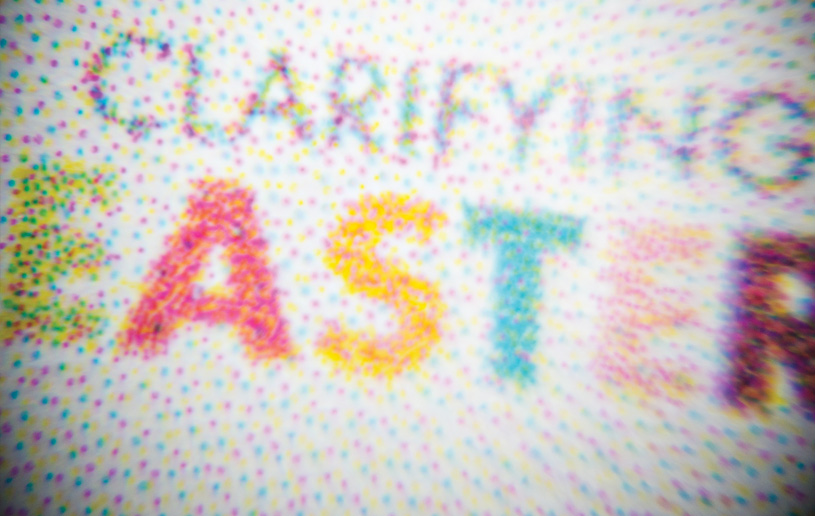 I have a dilemma. I‘m at the age where either the print is too fuzzy or my arms are too short. Words are blurry and indistinct. Reading things that matter is sometimes impossible and I get frustrated. The solution? Reading glasses! By looking through corrective lenses I can see the words.

In a similar way God has given us corrective lenses through the resurrection of Christ. According to Paul in 1 Corinthians 15:12–32 the resurrection changes our vision and helps us clearly see three things.

Christ’s resurrection clarifies our view of faith. Everyone has faith in something. But is it worthwhile faith? Jesus said He was God's Son and the resurrection and the life. If so, He was and is the only One qualified to die for our sins. Then He died.

But three days later Jesus emerged from the tomb! He proved He was the Son of God! Paul said, "And if Christ has not been raised, then your faith is useless and you are still guilty of your sins" (v. 17). Can you imagine the despair that would hit us if Christ were still dead? Belief in a dead man is meaningless.

His resurrection substantiated all His claims. Because Jesus did rise from the dead our sins are forgiven. Heaven is real. Faith in Him as the One who died for us isn’t worthless or pointless. Jesus' resurrection proves only faith in Christ is valid because only Jesus was ever resurrected.

Christ’s resurrection clarifies our view of life. In verse 19 Paul said, “And if our hope in Christ is only for this life, we are more to be pitied than anyone in the world.” The Apostle wrote this at a time when professing public faith in Christ could cost you your life. Many Christians lived with the threat of death or persecution because of their faith. In fact, throughout the 2,000-year history of the Church, including this very day, Christians have suffered torture, abuse, persecution, mockery, and death.

Now, if this life is all there is, one would have to be nuts to endure such mistreatment. If there is no resurrection and no eternal life then it would be foolish to be even slightly inconvenienced for the sake of faith. As Paul wrote in verse 32, “And what value was there in fighting wild beasts—those people of Ephesus—if there will be no resurrection from the dead? And if there is no resurrection, ‘Let’s feast and drink, for tomorrow we die!’”

Jesus' resurrection proves that the afterlife is real, which leads us to change our view of earthly life. We begin to focus on things with eternal value instead of things without. Earthly things diminish in importance. Careers, financial security, pleasure—these are nothing in light of eternity.

Finally, Christ’s resurrection clarifies our view of death. It’s human nature to have a deep, abiding fear of death. Paul referred to this fear when he wrote in verse 18 that, “In that case, all who have died believing in Christ are lost!” We can't keep thoughts about death from darting across our minds every once in a while, but they are usually so discomforting we put them out of our minds as quickly as possible.

This fear of death plaguing our generation comes from the blurred belief that what awaits us at the end of our lives is destruction and nothingness. But Jesus' resurrection takes away this fear. He came to “…free all who have lived their lives as slaves to the fear of dying” (Hebrews 2:15). And at Easter we recall those first words Jesus uttered when He returned from death, “Fear not!”

Jesus has clarified our view of death. As Paul said, He has taken the sting out of it by demonstrating that, for the Christian, death is not that which destroys what we call life. It is not the cement floor that awaits the falling light bulb. Because Jesus rose from the dead we put our faith in the risen Lord who promised, “Anyone who believes in me will live, even after dying” (John 11:25). Because He lives we see clearly that death is not the end, it is the beginning.

Jesus’ resurrection is God’s corrective lens. Like reading glasses, it helps us clearly see the truth about things that matter most.