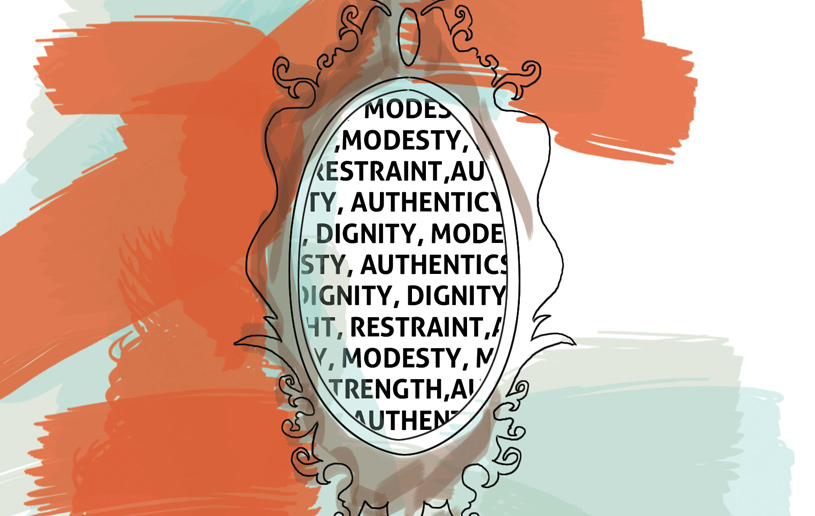 Esther exhibited a grace-filled charm and elegance. In Esther 2:9, the literal translation of the original language says, “She lifted up grace before his face.” Isn't that a beautiful expression?

Though she was brought to the harem and participated in these things reluctantly, Esther did not display a sour attitude. I'm convinced she sensed God's hand in her situation. Esther modelled grace before the face of the king's influential servant, Hegai. What a difference between Esther and all the other women around her. Her inner qualities could not be ignored. They, in fact, captured the attention of the king's servant.

Esther exhibited an unusual restraint and control. She told no one she was Jewish. Why? Because that is what Mordecai instructed her to do. Not even the head-spinning, Himalayan heights of the harem could tempt her to break her covenant with Mordecai.

God has given women an air of mystery. This is something, quite candidly, men don't have. We are a pretty predictable bunch. Yet how often I have heard a man say, “I just don't know how to figure her out. I just don't understand.” For example, a woman will say, “What I need is a good cry.” My friend, in all of my life I have never experienced a good cry. My wife knows them. Other women in our family know them. But it's a mystery to men. I'm honest; I've never been able to figure out how you can feel good after crying.

There is an unexplainable air of mystery about a woman, an unpredictability that men find intriguing. Esther's ability to restrain herself only heightens the mystery—especially her verbal restraint. She knew much more than she told. She could keep a secret.

Verbal restraint is fast becoming a forgotten virtue. Thanks to tell-all tabloids and hide-nothing television talk shows, nothing is restrained. When was the last time anyone in the media blushed? Yet restraint and control always work in your favour. Learn to keep confidences. Come to be known for keeping secrets! It's part of having character marked by strength and dignity.

Then, perhaps, you too can lift up grace before His face.

Esther exhibited an unselfish modesty and authenticity (Esther 2:12-14). Think of it: no job, no responsibility, no cooking, no clean up, no washing, no ironing, no errands, no budget-watching, no holding back in any area. Imagine! Pampered and indulged, in this self-centred harem of Persia, all of the emphasis rests upon her becoming a woman of greater physical beauty. Jewelry, clothing, perfumes, cosmetics, whatever she wishes, from coiffure to pedicure, are hers. The only thing on everyone's mind is to win this contest—to please the king and gain his favour.

Remember, at this time Esther cannot be more than 20 years old or so, and she could have been even younger. This is a chance of a lifetime for her to have whatever she wishes. Instead, she remains true to what she has been taught and abides by the counsel of Mordecai, believing that he knows what's best for her. She does not succumb to the temptation around her—the superficiality, the selfishness, the seduction, the self-centredness. She displays an unselfish modesty, an authenticity, amid unparalleled extravagance.

As ironic as that may sound, I think that most Christian women do not use cosmetics to appear false or become other than who they are. The women we admire use cosmetics to subtly enhance the natural beauty that is already there. I'm sure that was true of Esther.

Frankly, I'm convinced that Esther went in to the king without fear because she had no driving ambition to be queen. Her life didn't revolve around her physical appearance or making a king happy. She was there for one reason: because she knew that the hand of God was on her life, and through circumstances and Mordecai's wisdom, she had been brought to this place for a reason. To use one of my favourite expressions, she had her stuff together. She knew where she was coming from. She knew who she was. She knew what she believed. And she knew that God's hand was on her life. If it was His pleasure that she be here, if it was part of His plan, then she would willingly accept it. If not, she would willingly relinquish it. She was modest about her own person, and she was authentic.

Can you say the same thing about yourself? After all, God's hand is on your life too.

Subscribe to our monthly magazine
Date:
May 18, 2011
Type:
Scripture:
Esther
Topic:
Back to Top