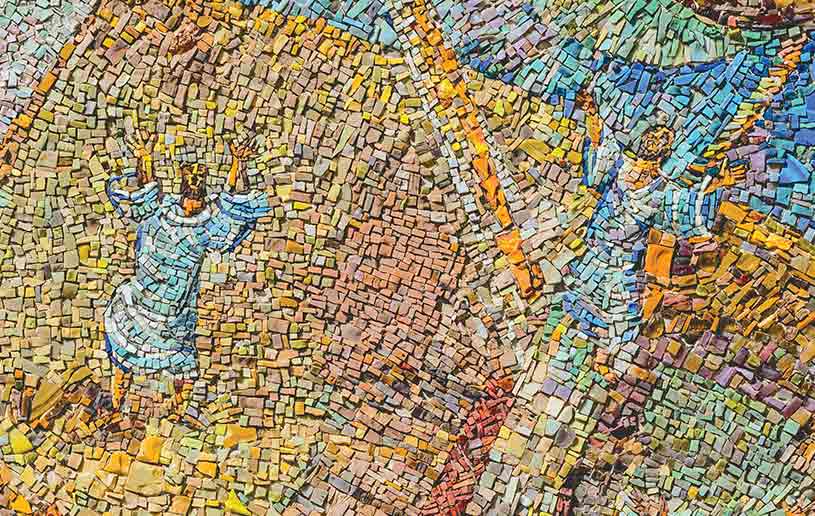 Biblical narratives tell the ultimate story of rescue and redemption of fallen mankind through the coming of the Messiah. It’s important that we understand how to read and interpret the smaller narratives in light of the one grand narrative.

Biblical narratives are interpreted history with a specific divine purpose. They are not allegories nor are they primarily intended to teach moral lessons or doctrine although they may illustrate doctrine taught propositionally elsewhere. Narratives may teach either explicitly, by clearly stating something, or implicitly, by clearly implying something without actually saying it.

Narratives record what actually happened, not necessarily what should have happened or what ought to happen every time. Many of the characters in them are far from perfect and their actions are too. What people do in narratives is not necessarily a good example for us. At times it is just the opposite.

Biblical narratives have limitations. They are selective in what is revealed and incomplete (John 21:25). Not all the relevant details are always given but what is written is everything the inspired author thought important for us to know according to his purpose in writing.

Interpret it in context. The overall meaning of a Bible book and the immediate context of a specific passage can both be clues to a narrative’s meaning. For example, with the feeding of the 5,000 in John 6:1–15, it’s important to remember what John says is the purpose of his entire gospel. “But these are written so that you may continue to believe that Jesus is the Messiah, the Son of God, and that by believing in him you will have life by the power of his name.” (John 20:31) The immediate context of 6:30–31 also gives an important hint about meaning. The crowd demands that Jesus do a sign to help them believe He is from God. They suggest a miracle similar to what God did in Exodus by providing Israel with bread in the wilderness. From context, we see that the point of the feeding of the 5,000 is to demonstrate that Jesus is the promised Messiah from God whom we should follow.

Look for the setting, key characters, flow of the narrative, and major themes. Take note of authorial comments inserted in the narrative. Often biblical authors make editorial comments giving clues about a narrative’s meaning. In the story of David and Goliath the author says David “put off” the armour offered by Saul (1 Samuel 17:39 ESV) and that “there was no sword in the hand of David” (v. 50). And twice we’re told that he fought with a sling (vs. 40, 49). One point of the story is to illustrate that God had anointed David as the warrior king of Israel. His victory was attributable to God’s empowerment, not impressive weapons.

Observe the structure, flow, and repeated major themes. Narratives are structured through plot and the events shared are selected for their meaning, sometimes juxtaposed for contrast and comparison. In Judges, we notice a cycle in the narrative. The author tells us that when Israel sinned, God gave them over to their enemies (Judges 2:14; 3:8, 12; 4:2; 6:1; 10:7–9; 13:1). Then, when Israel cried out to the Lord, He delivered them (Judges 3:9, 15; 4:4–24; 6:11–25; 11:1–33). From this repetition it’s clear that the narrative is meant to teach that sin leads to judgment and following God to deliverance. Often the main point or “emphasis” of the narrative will be found in the climax or near the climax.

Note the proportion of a story devoted to various details. Often an author gives more space to what is most important. In Mark 5:1–20, Mark devotes a full 20 per cent of the narrative to describing the hopeless plight of a demon-possessed man (verses 2 through 5). Jesus’ ability to cast out the demons and overcome such powerful evil merely with a word points to His vast authority as the meaning of the narrative.

Pay attention to what’s said in direct discourse. One way narrators reveal why they’re telling a story is through the words characters say to each other. In the story of Jesus stilling the storm the disciples say to one another, “Who is this man? .... Even the wind and waves obey him!” (Mark 4:41 NLT) Mark was trying to communicate that Jesus is the master of nature, co-equal with God the Father.

Remember, God is the ultimate character and the supreme Hero of every biblical narrative. Since the Bible is the story of rescue and redemption of fallen mankind through the coming of his Messiah ask, “How does this story point towards Jesus and His redemptive work?”

In biblical narratives, God is always the hero and the history being told is His story.