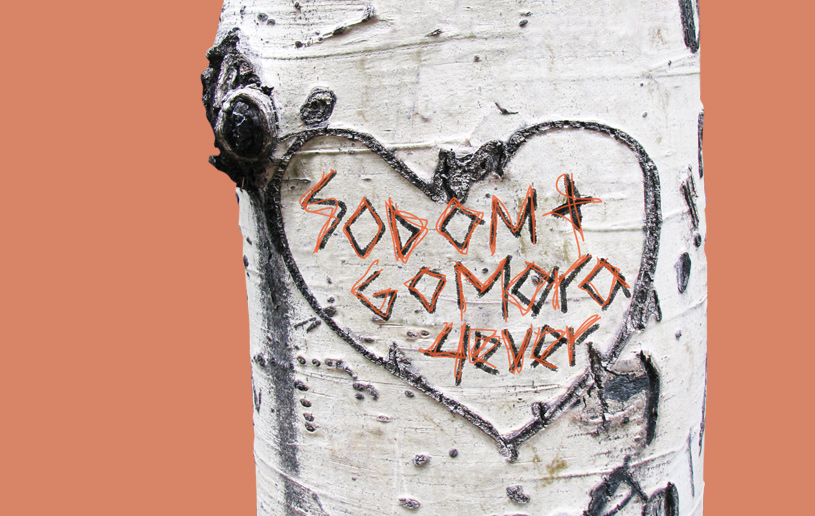 During my days serving as a pastor in New England, I heard of a teacher named Thayer S. Warshaw who quizzed a group of college-bound high school students on the Bible. The quiz preceded a Bible as Literature course he planned to teach at the Newton (Massachusetts) High School, generally considered a top public high school in the nation. Among the most astounding findings he got in his replies from the students were:

Sodom and Gomorrah were lovers.
Jezebel was Ahab's donkey.

Some students thought that the four horsemen appeared on the Acropolis, that the New Testament gospels were written by Matthew, Mark, Luther, and John…that Eve was created from an apple and that Jesus was baptized by Moses. Seriously! The answer that took the cake was given by a fellow who was in the top five per cent of the graduating class, academically.

The question: What was Golgotha?
The answer: Golgotha was the name of the giant who slew the Apostle David.

If it were not so pathetic, it would be hilarious. Isn't it amazing how pitifully illiterate John Q. Public is of the written Word of God? In a land filled with churches and chapels, temples and tabernacles, there are only an insignificant handful of fairly well-informed students of the Book of books. We have Scripture in hardback, paperback, cloth, and leather…versions and paraphrases too numerous to count…red-letter editions, large-print versions, big as dictionaries and small as microchips…yet the years roll by as one generation after another passes on its biblical illiteracy.

Our nation's technical knowledge and scientific expertise overshadow our grasp of Bible basics to an appalling degree. We are, therefore, moving toward an era similar to the Dark Ages when copies of Scripture were chained to the pulpit in Latin—the private language of the clergy…when the public was kept stone ignorant of the life-changing teachings of the truth. But I see one great difference; in those days, biblical ignorance was forced…in our day it is voluntary. Therein lies the saddest fact of all.

Upon whom do we rest the blame? Who deserves to have the finger of accusation pointed at him or her? Some would say the fault lies with the seminaries of our world. Part of the problem indeed rests there. As we look around our world we can find seminary professors who no longer hold to such foundational truths as the deity of Jesus, His substitutionary death, or His second coming. While this troubles us, we thank God for those seminaries that continue to place their focus in the right place…teaching and preaching the whole counsel of God.

Others choose to blame the pulpits of our land. Weak preaching can take a terrible toll on a congregation. I've said for years that a mist in the pulpit will invariably cause a fog in the pew. Far too many preachers are specializing in longhorn sermons—a point here and a point there with a lot of bull in between. Our preachers must get back to their primary responsibility: to proclaim Scripture to God's people and point the way to reconciliation with Him.

Still others would blame this satanic, pressurized system we call the world—society, with its persuasive pleadings and so-called academic arguments—on “a fanatical, foolish belief in the Bible.” To embrace its truths, we have been told, is tantamount to committing intellectual suicide. The morticians promoting this lie have nothing to offer in the Bible's place but the grave…a cold hole in the ground.

But in the final analysis, biblical ignorance is a personal choice—your choice. If something is going to be done to plug the dike, it will take your finger to stop the leak…and I mean fast.

Subscribe to our monthly magazine
Date:
January 5, 2011
Type:
Topic:
Back to Top