Are All Sins Equal? | Insight for Living Canada
Skip to main content

Are All Sins Equal? 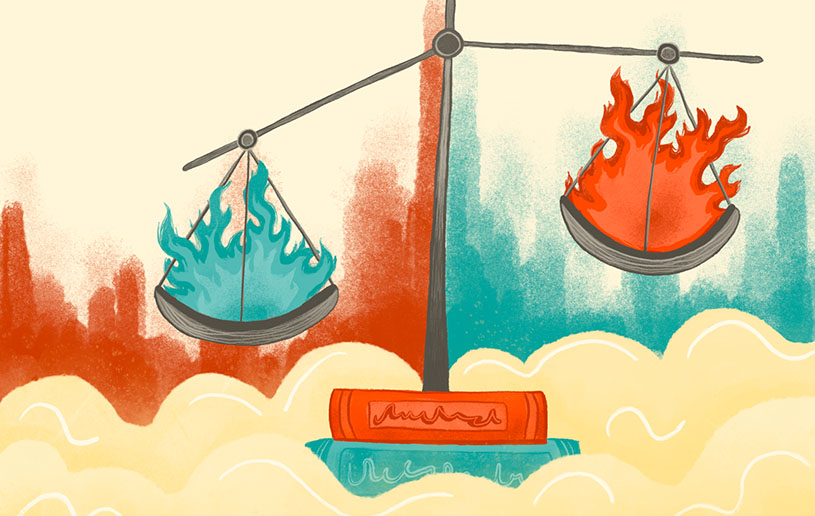 I can’t count how many times I have heard people say, “sin is sin.” Or similar to that they say “all sin is equal.” But is that true? What does the Bible say? Are all sins equal?

Is one sin worse or greater than another?

Many have asked this question, me included. To find the answer we have to consider several truths.

First, all sin is equal in the sense that all sin breaks God’s law and falls short of His perfect standards. The Bible portrays sin as straying from God’s paths—it is opposing Him; it is rebellion. Whether it is the sin of stealing a small item, telling a lie, or murder, all sin transgresses the law of God. In that sense, all sin is the same in God’s eyes. Human law parallels this: a person can break the law by jaywalking or by mass murder.  Either way, the law is violated.

The second truth to consider is the personal and social consequence of sin. In human law, jaywalking does not have the same personal and social impact and consequence as committing murder. Similarly, the Bible also teaches that not all sin is equal in its personal, social, spiritual, and eternal impact. The sins David committed in connection with his adultery with Bathsheba had a far greater negative personal, social, spiritual, and eternal impact than the lie told by Rahab to protect the Israelite spies (Joshua 2:1-7). Measuring it that way, some sins are obviously greater than others.

This has implications in light of a third thing to consider: God’s justice. The justice of God requires He render to everyone that which is due them, both good and bad—reward or punishment (2 Corinthians 5:10). And justice requires that rewards and punishment must be commensurate with the deeds. Greater sin requires greater punishment or else it isn’t just.

Are all sins and punishment equal?

In Matthew 11:21-22 Jesus says, “What sorrow awaits you, Korazin and Bethsaida! For if the miracles I did in you had been done in wicked Tyre and Sidon, their people would have repented of their sins long ago, clothing themselves in burlap and throwing ashes on their heads to show their remorse.  I tell you, Tyre and Sidon will be better off on judgment day than you.” Korazin and Bethsaida were places Jesus did miracles and therefore gave more light concerning His identity. But the people didn’t repent of their unbelief. Jesus indicates how punishment would be worse for unbelievers of Korazin and Bethsaida because they have been given more light (Jesus’ miracles) than those in Tyre and Sidon. They were accountable for more.

In God’s mind, the sin of Korazin and Bethsaida was worse and therefore required greater punishment. Unbelievers who commit greater sin in this life receive greater punishment in eternity. That is the why the books are opened at the judgment—to weigh their lives “according to their deeds” and to measure appropriate punishment (Revelation 20:12–13). Acceptance or rejection of Christ’s work on the cross determines destiny of heaven or hell. Judgment of the deeds determines the degree of punishment.

Are all heavenly rewards equal?

When it comes to believers, God will reward the deeds done in this life. Our destination of heaven is already settled by owning Christ as Saviour. We are already justified by faith (Romans 5:1) and for the believer there is no condemnation or punishment (8:1). But the issue of rewards in heaven is yet to be settled at the Judgment Seat of Christ (2 Corinthians 5:10). Some believers will receive great reward in heaven (Matthew 6:1,4; Luke 6:23) while others would be saved “yet so as by fire.” That is, being saved but with no rewards to show (1 Corinthians 3:14-15 KJV).  Some will show faithfulness in this life and be granted even greater responsibility in heaven, while those who weren’t faithful will lose any reward they might have had (Matthew 25).

Accepting or rejecting Christ determines destiny. How we live—choosing to sin or not, and the kind of sin we engage in—matters now, and for eternity. While every sin breaks God’s standards, not every sin is consequentially the same. How we live now counts forever.

Bible references for deeper study on “all sin is not equal”