Angel Babies and Other Myths 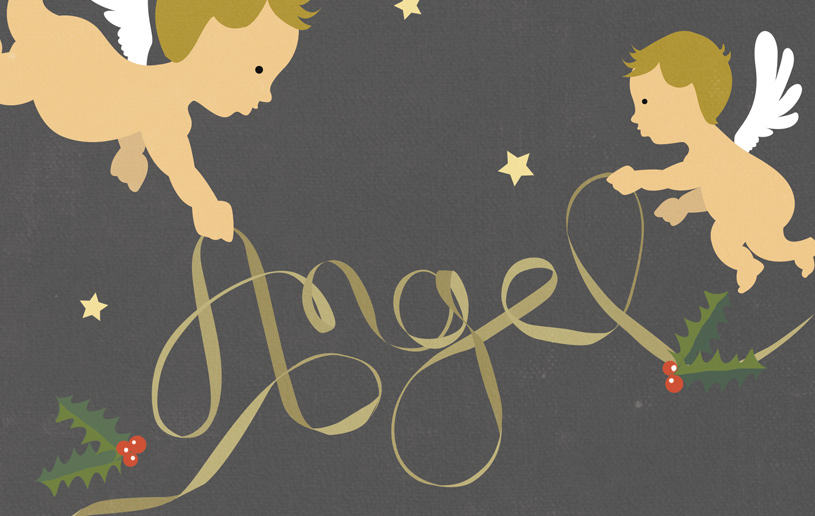 I've always been a reader. In fact, when I was told I needed glasses at age 10 I assumed it was because I'd spent too many evenings reading by hall light. Glasses were my punishment for reading after bedtime.

It strikes me as odd I would immediately believe the reason I needed glasses was more to do with reading after dark than genetics, but thinking back that's what kids used to say to each other. My beliefs were subconsciously shaped by what we shouted to each other across the playground.

It makes me wonder what else I have mixed up along the way.

At age 10 my favourite types of books were those written in journal form. I loved reading (what I thought was) the deep and maybe even secret thoughts of other people my age. They were so honest! And real! And dealing with the same things I was!

Topping my list of favourites was a devotional called Angel in my Attic. Featured throughout the journal of junior high student K.C. is her little angel-friend Herbie. The image on the cover suggests Herbie is a small flying cherub who lives in the attic and gives K.C. advice on the tough stuff she faces at school. I loved this book. I must have read it 20 times or more. No matter what K.C. faced, Herbie always had an encouraging word, solid advice, and a Scripture passage for her to reflect on.

It made me wish I had a little angel-friend of my own.

Looking at this devotional now I see how it perhaps gave me a strange definition of what angels actually are—although the concept of angels showing up at key times wasn't so far off. Scripture is filled with instances where angels appeared to humans to offer guidance, encouragement, or a message. But the image of the flying mini-man whose sole purpose is to hang out in your room and act as the sage advice-giver when you need it…what is that about?

The more I think about angels the more I notice how casually we refer to them. As if angels are sweet little pets or something. In fact, we call one another angels. And to be one you really only have to do something nice for someone else! “Oh, you're such an angel!”

Looking a little further into angelology (really, that's the name) I have learned three things:

From this preliminary research I'm left with the feeling that most of us are probably more than a bit muddled in our understanding of angels. For me, it began with cartoon artwork on a favourite book. For others maybe it's how they've dealt with the loss of a child, imagining him or her as an “angel baby” to make the death feel less tragic. Or perhaps for others angels seem too difficult to believe in—more like fictional characters to explain coincidences or beings we give characteristics to but are really only our inner conscience.

With all the different beliefs and depictions of angels, how can we be sure we have the Christian perspective? The obvious answer should be your first response—look at what the Bible says (and doesn't say) about angels. Next, listen carefully to how people talk about angels and ask questions. Is this opinion backed up in Scripture? Does it mesh with your current understanding of angels? Why or why not? When you think critically about a subject you begin to train your mind to discern between what is biblical and what is not.

Wikipedia reports a 2008 survey of over 1,000 Canadians found 67 per cent believe in angels. But to what extent? And is this belief based on the Bible or on a television show? I also wonder if we did see angels among us today if we would recognize them or not. Would our eyes adjust to see them for what they are or are we so preoccupied with the things of this world we wouldn't even notice if one passed our way?

My hope is even if I never know I've met an angel I'll be given the opportunity to entertain one as Hebrews 13:2 says I might—wouldn't that be amazing!