Above All Earthly Powers: Vision 195 Spotlight on Russia | Insight for Living Canada
Skip to main content

Above All Earthly Powers: Vision 195 Spotlight on Russia 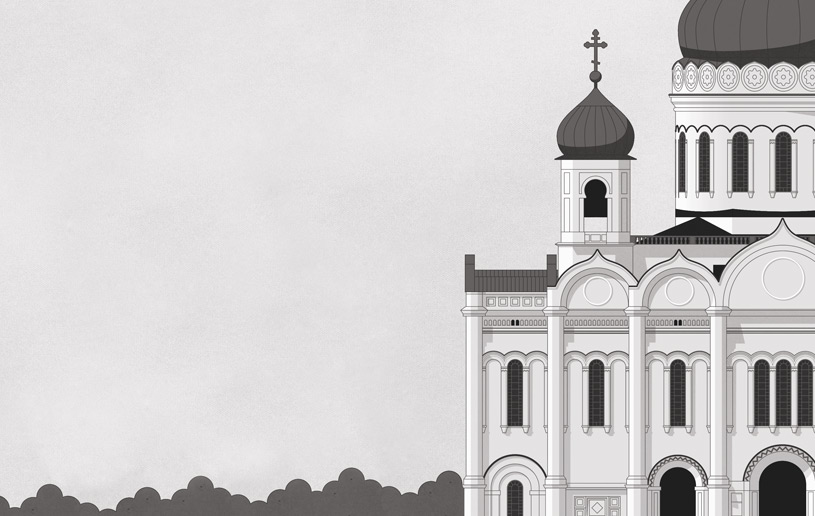 Imagine not being able to invite someone to church at the grocery store...or pray at a restaurant...or even lead a Bible study in your own home.

This has been reality for protestant Christians in Russia since July 2016, when the government began enforcing amendments to their religion legislation, restricting unauthorized missionary activity in all nonreligious settings. In other words, protestants in Russia can now only speak of their faith on their church grounds. This includes Insight for Living Russia’s pastor, Peter Mitskevich, and the members of the church he also pastors, Golgotha Baptist.

These laws, reminiscent to those enforced by Stalin, have been introduced “to combat terrorism.” They aren’t intended to single out protestants, but only the Russian Orthodox church now has legal authority to evangelize within Russia. Religion, it seems according to the government, should be about one’s identity as a Russian more than one’s membership in Christ’s kingdom.1

To spread the Gospel within the bounds of the law, Christians must be creative. Peter’s son Paul Mitskevich has worked with his father at Golgotha and currently is a student at Dallas Theological Seminary in the States. He plans to return to Golgotha after graduation. Speaking of ways they get unbelievers onto the church grounds, Paul says Golgotha has offered free classical music concerts by professional musicians. (Often, it’s standing room only!) When the weather is good, they hold Sunday services outside on their property, next to a beautiful park. They also offer classes to those who want to learn English. By law, whatever they do must be a spiritual activity, so they select music by Bach for the concerts and use Bible studies as curriculum for the classes.

Last year, a Ukrainian woman attended one of those English classes. One evening, Paul taught what it means to be “born again.” He asked, “Does anyone have any questions?” The Ukrainian woman raised her hand. “I do,” she said, “but I don’t want to ask.” After class, just the two of them remained. Paul asked the woman a series of questions, growing concerned as she responded with silence and sombre eyes. Finally, led by the Spirit, Paul asked, “Do you want to pray to receive Jesus as your Lord and Saviour today?” She burst into tears, “Yes! I didn’t have the strength to ask for it!” As Paul prayed with her, the Spirit brightened her face with the joy and hope only God can give.

Stories like these continue in Russia as God draws many to His Son—despite the strongest legal limitations Christians have endured since the days of the country’s civil war and World War II. In those times, Peter’s grandfather, Arthur, suffered multiple imprisonments for proclaiming his faith. He and his family were labelled enemies of the U.S.S.R. and driven out of Moscow into Siberia, where they endured extreme poverty, bitter cold, and ransacking visits from the KGB until Arthur was arrested for the third and last time.

No pressure or consequence could stop Arthur from sharing the Gospel. He was a member of Christ’s kingdom first! That bold, relentless faith spurs on Peter as he leads the IFL Russia team, the congregation at Golgotha, and the student body at Moscow Theological Seminary—a school housed in one of the camps that once held prisoner believers like Arthur! That same faith courses through Peter’s sons, Tim—who works at our international headquarters—and Paul—who plans to partner with us this summer to work on a new Russian website. The government has yet to place restrictions on the Internet, so the web is the perfect way for us to reach Russian-speakers throughout Russia...and around the world.

As the Mitskeviches march forward in Vision 195 with Insight for Living Ministries, their commitment inspires us to press on regardless of what earthly powers may come against us and sing with them that famous battle hymn: “God’s truth abideth still, His kingdom is forever.” 2

Subscribe to our monthly magazine
Date:
July 24, 2018
Type:
Topic:
Back to Top