About Time | Insight for Living Canada
Skip to main content 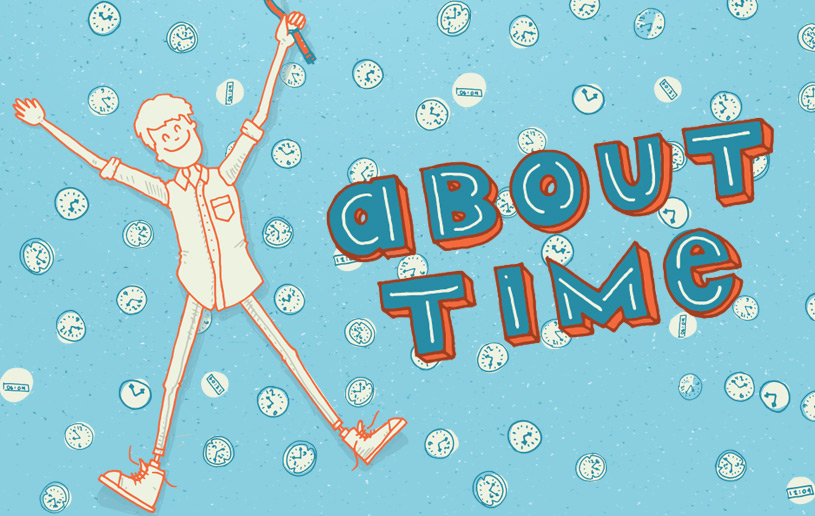 I have officially reached middle age. How do I know? My children and my clothes are the same age. The thing about The Middle Ages is that if you have any brains left at all, you start to realize you’re running short on time to do things you vowed you’d do when you were 24.

And so, one sunny Saturday, you find yourself behind a 16,000 horsepower ski boat being steered by a former high school friend named Bubba, trying to avoid fishing boats and beads of water that smack you in the eyes like buckshot.

“What in the world am I doing?” You’re screaming, and Bubba thinks you want him to speed up.

Every few weeks I get together with five other middle-aged guys for something we call the Circle of Six. It’s an eating group, really, though we founded it with grander plans. The group has been growing (pun intended) for a dozen years now, thanks to some incredible cheesecake of our own making, and lately I noticed that some of us are engaging in activities we wouldn’t have dreamed of back when we had our minds.

For instance, one of the guys bought a high-powered motorcycle, then sold it when he came within a whisker of crashing. Another took up hang-gliding and limped to our meeting a few weeks ago, holding his lower back and making sounds like he was birthing triplets.

Sitting around the fire, we talked of things we intended to do when we were younger but haven’t because we’ve been held back by time. Or loving wives. Or insurance agents.

“I’d like to cycle across the country,” said one. Everyone nodded.
“Garden with my wife,” said another. Everyone gasped.

One even confessed that he’d like to learn the ukulele and give concerts. I won’t tell you who it was, but we found this funny too.

I guess we spend our early years wishing time would hurry up, our middle years trying to find more of it, and our latter years wondering where in the world it went. Time is one versatile guy. It flies. It heals wounds. Time will tell. Time marches on. Time runs out.

Everywhere in the Western World are reminders of time. We have clocks on our wrists and our cell phones, our stereos and dashboards, on street signs and buildings. We dangle clocks around our necks, in our pockets, and in every room of the house. One day archaeologists will dig up our stuff and say, “Hey, they must have worshipped these things. Stand back, this one’s still ticking.”

To avoid the avalanche of time, middle-agers:

We are constantly trying to make up for lost time. We rush about as if we’re going to find it somewhere, hoping all the while that time is on our side. We get so stressed out we start drinking Maalox like it’s gravy. We wonder, what would it be like to slow down? And if we slow down, will we have a nervous breakdown?

“Teach us to number our days, so that we may be wise,” wrote the psalmist. And if we number them, we just may find that we don’t have enough time left for petty stuff like discussing someone else’s failures. We won’t have time to whine and complain that the previous generation got it wrong and the next generation doesn’t get it at all. We won’t have time for things that are really ugly and disgusting, including much of what’s on tabloids and television. We won’t have time to sit around comparing what can’t be taken to the next world. Things like bank accounts, titles, and temporary achievements.

If we find those matches and reignite that fire in our souls, we will discover that time is precious; that we should spend it brightening someone’s day, helping those less privileged, loving the forgotten, and gazing into the night sky. After all, no matter our age, we have less time than we think. Yesterday is a memory, tomorrow is an assumption, and this moment that we say we have…just passed.

As a Christian, I believe we are stewards of whatever God gives us, including the days we have left. Because of Christ we are promised the riches of eternity where time will be extinct, but for now we are allowed the riches of today. As for me, I’d like to spend my remaining days spreading grace and joy around. Who knows? I might even sign up for those ukulele lessons, after all.

Subscribe to our monthly magazine
Date:
July 14, 2015
Type:
Topic:
Back to Top