Strengthening Your Grip on Attitudes 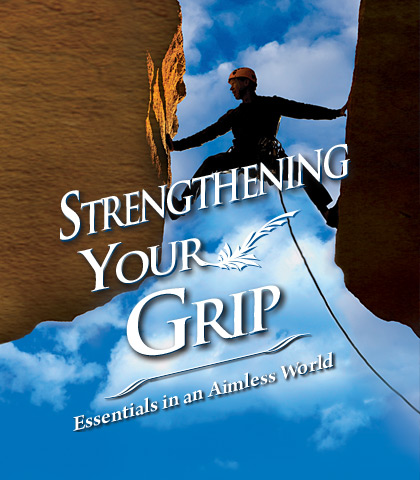 Like a famished dog gnawing away at the last trace of meat from a bone, the Nazis stripped Victor Frankl’s life down to almost nothing. They took all his possessions, shaved his head, and stole his freedom. They robbed him of his family; his mother, father, brother, and wife all perished in the concentration camps. Once a renowned psychiatrist, Frankl was reduced to being a slave labourer at the notorious death camp Auschwitz.

Frankl endured hard labour—he once had to dig a water main tunnel alone—as well as abuse and starvation. He could have seethed with hate and self-pity but, instead, Frankl realized that the Nazis could never steal, shape, or dictate his attitude. In Man’s Search for Meaning he wrote:

We who lived in concentration camps can remember the men who walked through the huts comforting others, giving away their last piece of bread. They may have been few in number, but they offer sufficient proof that everything can be taken from a man but one thing: the last of the human freedoms—to choose one’s attitude in any given set of circumstances, to choose one’s own way. (Viktor E. Frankl, Man’s Search for Meaning: An Introduction to Logotherapy, trans. Ilse Lasch [Boston, Mass.: Beacon Press, 1962], 65.)