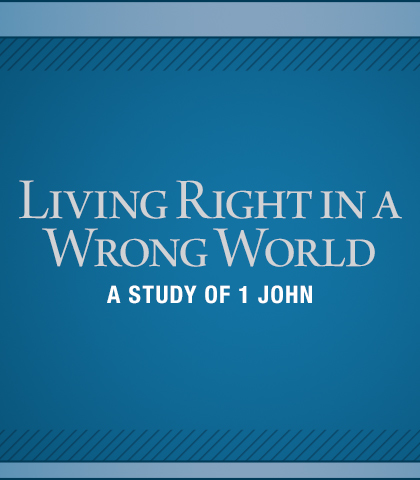 At the time he wrote this letter, John had lived almost a century and had endured the blast of life's harshest treatment. He had felt the brutal blows of persecution and bore the scars that proved it.

He had also witnessed the fall of many who once walked closely with their Lord; he anguished over heresies that had sprung up in the lives of Christians he loved—people who were once actively engaged in churches where he had served. Because he had “seen it all,” this old gentleman was able to offer some elementary rules all of us would be wise to hear and obey.

Subscribe to our daily broadcast
Scripture:
1 John 2:1-6
Topic:
Series:
Back to Top