A Needed Return to Joyful Generosity 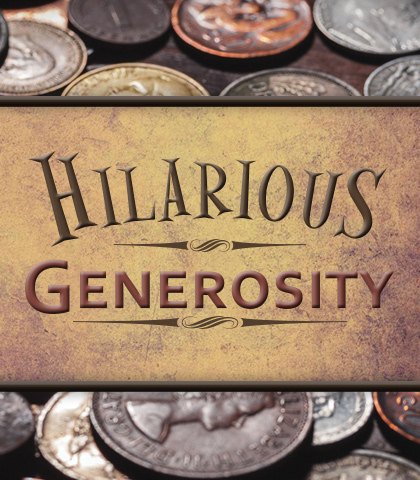 For too long, Christians have regarded serving Christ as a heavy burden. Because that attitude is so widespread, Christians often put on grim, gloomy, whipped, and weather-beaten faces when a pastor mentions the word serve. Many consider service to be nine parts sacrificial duty and only one part joyful privilege, especially when asked to serve by giving money. Just the mention of giving makes some recoil. Rather than responding with joy, Christians often respond with defensiveness, reluctance, even feelings of being pressured to give. Strangely, it is as if people think their money is theirs rather than the Lord's…as if being urged to give is offensive, rather than a plea for mere obedience. We need to give with joyful generosity—as did those cheerful givers in the Bible.